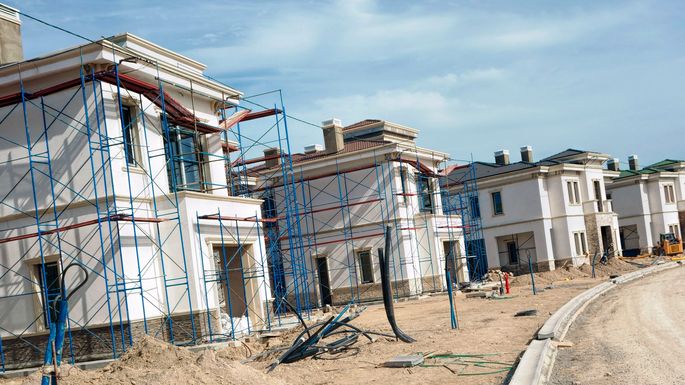 Home buyers have heard it all before: There aren’t enough homes on the market, prices are rising rapidly, and builders aren’t putting up enough new abodes. Sorry, buyers. It’s not likely to get better in 2018.

Builders are expected to put up more new construction in the year ahead—but the rate of building is likely to slow, according to several housing economists who spoke on Tuesday at the International Builders Show.

The show is hosted by the National Association of Home Builders in Orlando, FL.

“There will be modest growth,” Dietz said at the show. “We’re going to see some changes in the types of homes that are being sold by builders, with more lower-priced offerings.”

But “lower-priced” is in the eye of the beholder—many cash-strapped, first-time, and millennial buyers won’t be able to get in on the action. Dietz defines this category as costing less than $350,000. The national median home price was $269,900 as of Dec. 1, according to the most recent realtor.com® data available.

Why is new construction so expensive?

New construction is so expensive because the labor and land shortage has put a crimp in building, materials costs are rising, and it’s become harder for builders to obtain financing for their projects. Local regulations in certain parts of the country may also make it more time-consuming—and therefore costly—to put up new homes.

(A recent tariff on Canadian lumber imported into the U.S. could raise the cost of building a home by about $1,300, Dietz said.)

The big wild card, however, is the recent tax reform, Dietz said. If more folks have more money in their pockets as a result of the tax changes, it could make it easier for them to save up for a down payment.

But the recent changes to the tax code, particularly capping the mortgage interest deduction and limiting local and property tax deductions, may also make well-off potential buyers more likely to shy away from buying pricier new construction. If that happens, builders will put up fewer homes.

In addition, mortgage interest rates are expected to rise by 0.25% several times next year. This makes home buying more expensive.

“Mortgage rates are going to go up a bit more this year,” David Berson, chief economist of Nationwide Mutual Insurance Company, said at the show. “Inflation is going to be just a tad hotter than it’s been.”

What kinds of homes are likely to be constructed in 2018, and where?

Urban villages are expected to take hold, predicts Dietz. These are larger-scale, very walkable developments that often include a mix of townhouses, condos, and apartments along with shopping, grocery stores, and entertainment. They are located in cities, suburbs, and even exurbs (the farther-out burbs).

He expects to see more townhouses go up, as they require less land and are less expensive to construct, and more teardowns—razing one building to put up another—to address the lack of land.

New-home sales are expected to be highest in the South, particularly in areas where the local economies are doing well, said Frank Nothaft, chief economist at housing data firm CoreLogic, at the show. The region is also attractive to buyers as home prices, taxes, and the cost of living are lower than on the coasts and there are plenty of job opportunities.

Houston; Dallas; Phoenix; Atlanta; and Austin, TX saw the most home growth from fall 2016 through fall 2017, according to CoreLogic. Those areas are expected to remain hot in 2018.