7 Small Home Flaws That Can Be Big Deals for Buyers 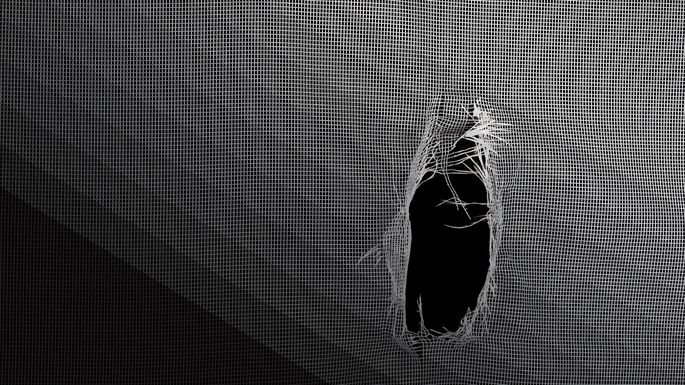 After living in the same home for a while, it’s amazing what you can get used to. A creaky floorboard, for instance. A chipped tile that you’ve been meaning to replace but haven’t gotten around to. A doorknob that needs a little coaxing to turn. No big deal, right?

Well, these small flaws can be huge deal breakers when you decide to sell your home.

“Prospective buyers are going to add all the ‘flaws’ they find to the price of the property, and that’s when they start trying to discount the price,” cautions Jane Peters, a real estate broker and owner of Home Jane Realty in Los Angeles.

Curious what some of these seemingly small problems are? Check out this list of minuscule (to you) things that buyers see as big hurdles to closing a sale.

Recently, home buyer made a controversial request for a repair at a property listed by Cedric Stewart, a real estate consultant at Keller Williams in the Washington, DC, area.

Apparently their home inspector claimed that $2,000 worth of repairs were needed on an electrical panel to get it “up to code.” The sellers insisted the current panel worked just fine.

“To the sellers, it was a small issue,” says Stewart, “but to the buyers, it was an electrical panel that could fail them at any time.”

To end this particular dispute, Stewart received bids from four electricians and got the repair quote knocked down to $1,200. The sellers offered that amount as a credit in lieu of repair at closing.

“The buyers grumbled,” Stewart recalls, “but they took it.”

Window screens will wear out over time, but if yours are torn, take it seriously.

“They’re a pain for anyone to replace,” says Stewart. “Therefore, sellers don’t want to do it and buyers will insist that they do. If the sellers refuse to fix it, the buyers will demand a credit. This can be a major point of contention, and we’ve seen it delay progress before.”

Stewart recalls one seller who agreed to replace a damaged window screen. But on the final walk-through, it still hadn’t been done—and the buyer threatened to walk away from the deal.

“It worked out,” says Stewart, “but it wasn’t pretty.”

3. The location of your laundry room

Even if you own a state-of-the-art washer and dryer—and plan to bestow both on your lucky buyers—they may not be so thrilled with these nice appliances if they aren’t situated in what they think is the “right” place.

“Some buyers have a problem with the laundry being on the ‘wrong’ level, especially in a three-level house or townhouse-style condo,” Peters explains.

In other words, you might be fine lugging your laundry to the basement, but don’t expect all buyers to feel the same way. Offer to move these items to a new locale to warm buyers up.

Live in a house long enough, and you’ll encounter a malfunctioning door latch or lock. That may be no big deal to you, but it may alarm buyers big-time.

If it’s an exterior door, they will likely view this as a major safety issue, explains Stewart. And although it may seem like a simple fix, it’s often a complex one, he says.

Think about it: The company that installed the doors may no longer be around, the model may not be in production anymore, and/or it could be tough to get someone to replace the exact hardware. Consider fixing this problem before a buyer notices it.

5. Your bathtub or shower

Some people prefer showers, others want baths (particularly parents who must clean up small kids). So if you’re missing one or the other, watch out.

In an ideal world, you’ll have both: a bath with a showerhead above. But even if your bathtub works just fine, make sure the style isn’t too off. Not everyone is excited to soak in a tub straight out of “Stranger Things” in avocado green. If that’s you, luckily there is an easy fix: Consider slapping on a new coat of paint (yes, you can do that). Here’s how to paint a bathtub.

“Many buyers focus on closets,” says Peters. “Are there enough? Are they large enough? Walk-in closets are also preferred.”

There are a few things you can do to ease these concerns. For one, try to make your closets look roomier by decluttering them as much as possible. Put excess items elsewhere (like a rented storage unit). You might also consider hiring a contractor to build or extend closets where needed—or at least point out to buyers that they can do this themselves.

7. The walls of your kitchen

Some people like—no, make that love— open kitchens. So if your kitchen currently has four walls, you could be in trouble.

“Buyers may look at the possibility of breaking down a wall,” Peters says. But be warned, many might not want to do the work, or just get such a bad first impression of your kitchen that they move on. If you think your kitchen’s four walls feel cramped and is stalling your sale, consider opening it up yourself. Here’s how to knock down a wall.