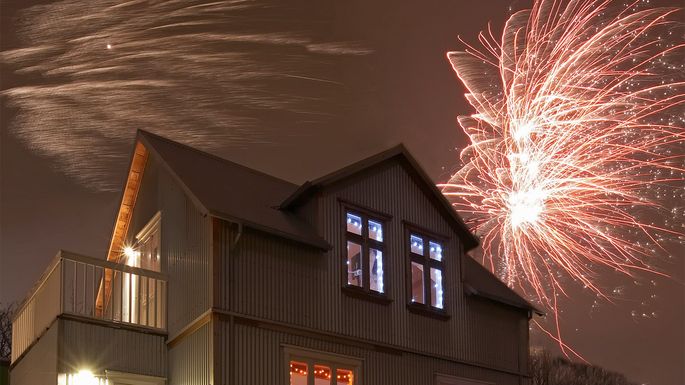 The reason: Much like a marriage, the day you close the deal and officially “own” your home is a milestone that should be celebrated. Yearly! Only how?

Here are a bunch of ideas on how to celebrate this big event, from the very day you close the deal to years down the road.

Show off the keys to your castle

When you close on a property, you sign tons of documents and hand over any last payments. Then at the very end comes the best part—you finally receive the set of keys that actually open the doors to your new home. It’s no wonder so many housiversary revelers like to show off their key rings to mark the occasion.

Take before and after photos

Richard Blakeley of AmericanAutotroph.com and his wife closed on their home on Halloween of 2016.

“And we love to celebrate our housiversary,” says Blakeley. In addition to having a combo housiversary/costume party every Halloween, Blakeley also makes a point of taking yearly photos of his home to document the renovation progress.

“One day I hope to print out the pictures and hang the photos on our staircase wall, complete with the year below each one,” says Blakeley. 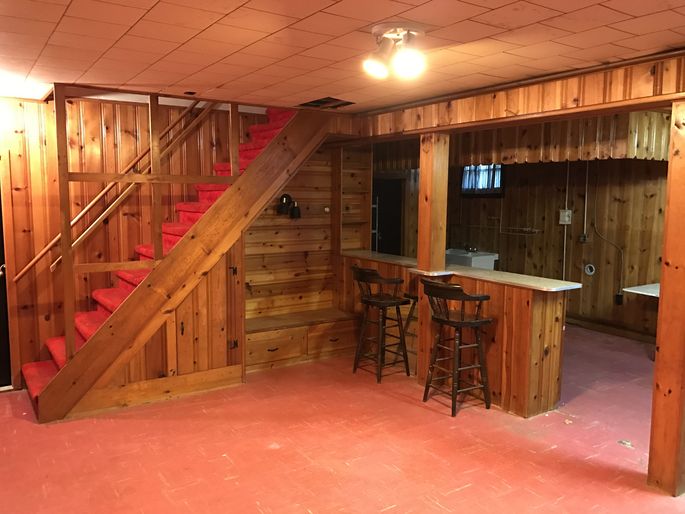 Richard Blakeley marks his housiversary by taking a yearly snap. Here’s his basement before… 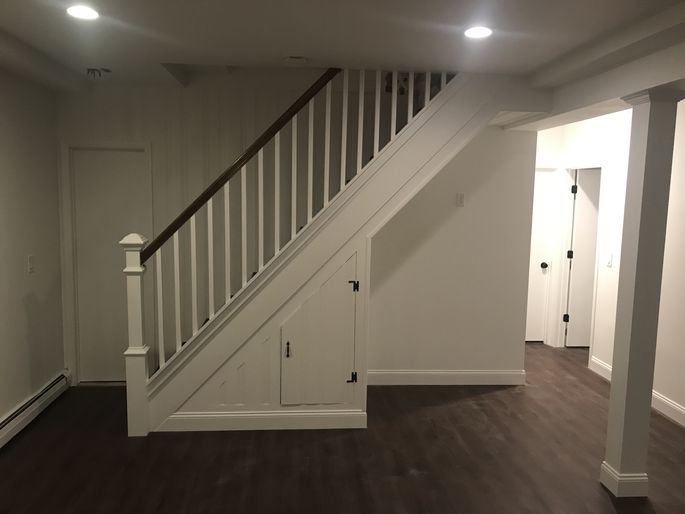 “I’ve owned my home for almost five years, and my husband and I celebrate every year,” says Samantha Hill, who bought a cabin on the Stillaguamish River in Granite Falls, WA. “We celebrate because we’re really proud.”

The couple usually mark the occasion with cocktails by the water.

“We live in the woods, so we pick wild marionberries and then muddle them with fresh herbs and citrus,” says Hill, who then adds organic vodka or gin.

If you don’t have wild berries growing in your yard, no problem. You can simply stop by a liquor store and grab what makes so many housiversaries a happy and special occasion—a bottle of bubbly. 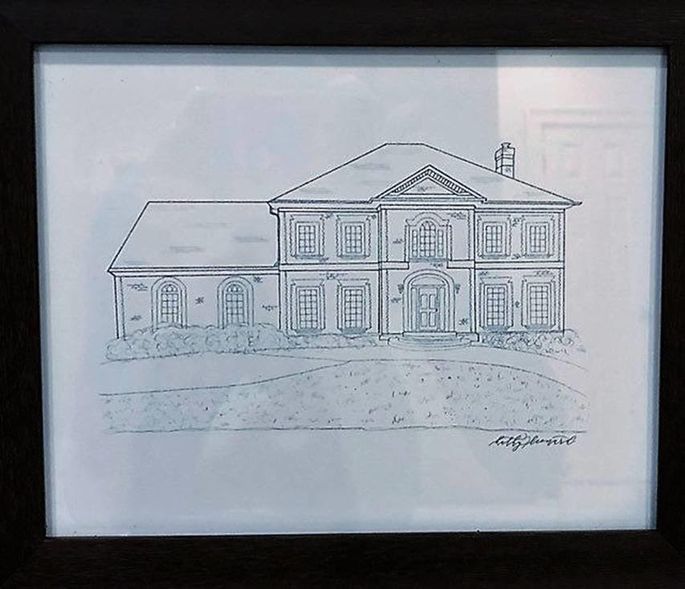 “I had a professional picture drawn of my current house, and it now sits in my office where it makes me smile every time I look at it,” says Scott M. Browder of Charlotte, NC, who’s also a real estate agent. “I absolutely love it because the portrait reminds me of all the hard work my wife and I have put into our home.”

Moving day usually ends with ordering takeout, since no one wants to cook after a day of hauling boxes. It’s no wonder many homeowners mark their housiversary with the tradition of food in a box. Besides, nothing says “home, sweet home” like a couch and a few pizzas—the true comfort food.

Track how your (indoor) garden grows

Sure, you could renovate your bathroom to mark your housiversary. Or you could illustrate the time you’ve spent in your home by showing just how much your fern grew over the years. Imagine what this houseplant will look like on the 20th housiversary?

Housewarming parties are great right after you’ve moved in, but a year in, you can celebrate again with a housiversary potluck! Everyone loves an excuse for a house party, so go ahead and give ’em one by inviting over your friends and neighbors.

The best part of a potluck? Dirty dishes go back with the guests who brought them—no one wants to be stuck at the sink on their housiversary. 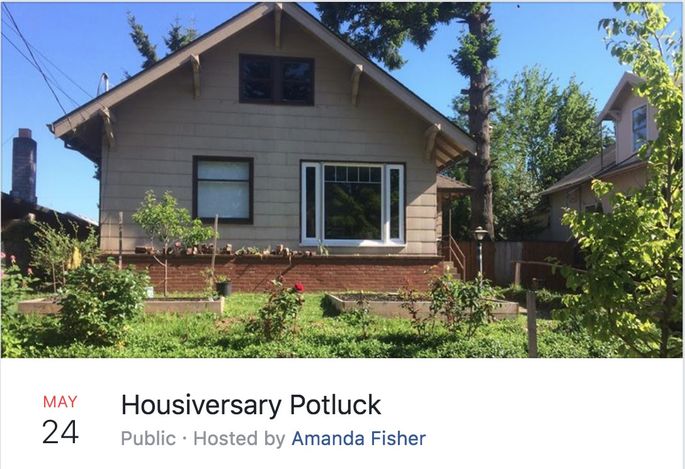 Invite friends over for a casual dinner.

To commemorate her housiversary with her husband and two kids, homeowner and marriage and family therapist Heidi McBain takes stock of how their house in Flower Mound, TX, used to look versus how it looks now.

“We like to look back on the past year to see how far we have come,” she says. “Then we come up with goals for the house and yard for the upcoming year.”

Because a house, after all, needs to change with the times. Does it need a fresh coat of paint in the living room, or a new garage door? If you’re looking for some ideas, here are the top home renovations for 2018.