Home Sellers Are Really Cashing In These Days 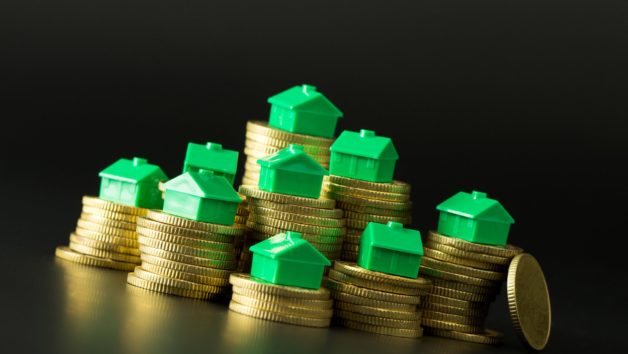 Home sellers had it good at the end of last year, racking up profits they hadn’t seen in more than a decade, a new report finds.

In the last quarter of 2017, sellers pocketed an average $54,000 over what they originally paid for their homes, according to a recent ATTOM Data Solutions report. That’s up 0.49% over the previous quarter and nearly 14.6% over the same quarter the previous year.

And it’s the most sellers have netted, an average 29.7% profit, since the third quarter of 2007. Thank the national housing shortage for those sky-high returns.

To come up with those figures, ATTOM compared the median home prices in the last quarter of the year to just over eight years ago (the average amount of time owners stay in their homes before selling). ATTOM looked at recorded sales deeds, foreclosure filings, and loan data for its report. Only metros with sufficient historical data and a large enough population, mostly 200,000 and up, were included.

“Those are the markets that were more insulated from the downturn, because many of them are highly desirable, on the coast with well-paying jobs. They were the first to recover when things turned around,” Blomquist says.

But they’re not the only ones doing well.

“This housing boom started on the coasts, but is spreading to the middle of the country,” Blomquist says.

More than half of all of the metros included in the analysis saw record-high home prices in 2017. Some of the bigger names were San Francisco, Los Angeles, Dallas, Houston, and Atlanta.

The downside for sellers was that the same housing shortage and ultrahigh home prices are hindering many of them from trading up and finding a nicer or larger home in their area. After they unload their properties, they still need a place to live.

That could help to explain why homeowners stayed put for record lengths of time. Those who sold their properties in the last quarter of the year had owned them for about 8.18 years. That’s a slight increase from 8.12 years in the previous quarter and 7.78 years a year earlier.

It’s also the longest homeowner tenure since data began being collected on it in 2000.

In a sign of a stronger economy, more buyers are also opting to pay all cash for their residential real estate. These sales made up 29% of single-family home and condo sales in 2017. That’s up from 28.7% in 2017.

“If you’re a buyer in this housing market, it’s a full-contact sport,” says Blomquist. “The buyers with the most cash often win.”

Meanwhile, distressed sales (think short sales, bank-owned sales, and foreclosure auction sales) fell to a 10-year low, to make up only about 14% of all single-family home and condo sales. That’s a drop from 15.5% a year earlier.

“There’s fewer people going into foreclosure because if someone does get into trouble or lose their job, they have equity in their home that can provide a cushion,” Blomquist says.