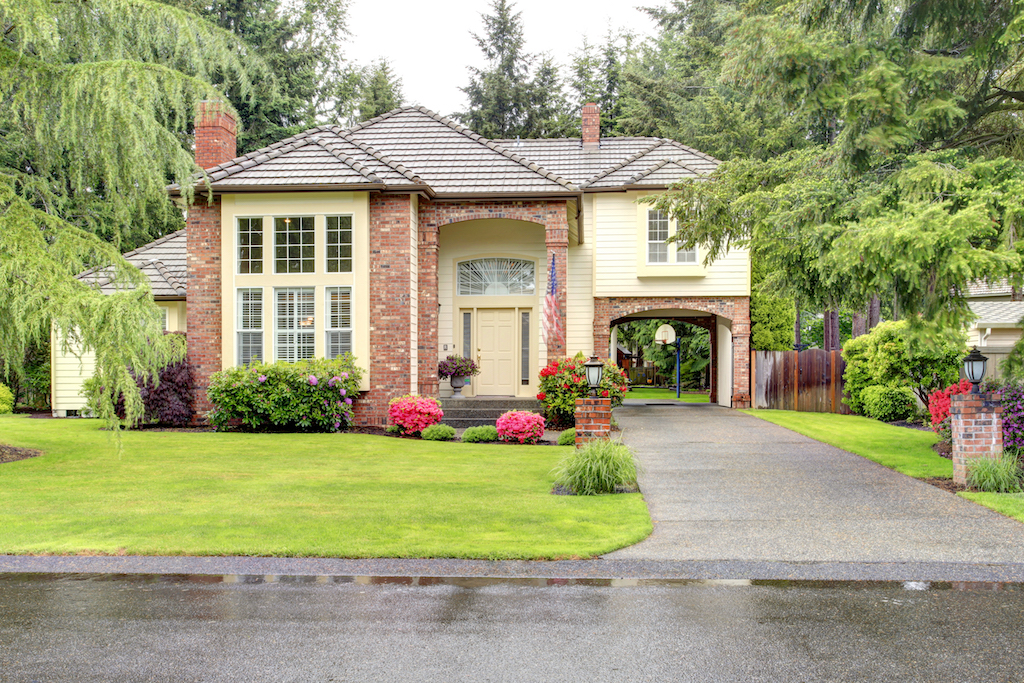 When Caitlin and Charles Vestal began looking to buy a home in January, the search quickly felt like a full-time job.

“It has been an insane process,” Caitlin Vestal said. “I wasn’t working during the time, and I’m glad I wasn’t.”

The couple moved from Austin, Texas, to Portland last summer, arriving in what would soon become America’s hottest real estate market. Caitlin had been accepted to a graduate program in creative writing through Oregon State University, and Charles landed a tech job at the Portland design and engineering firm Uncorked Studios.

The couple ended up with a small, one-bedroom apartment along Southeast Division street but eventually decided to buy a home – something they’d never done before – with a backyard for their dogs.

Here’s what they found:

So how to navigate such an intimidating market?

“We just kind of had to wise up very quickly to the fact that it’s an insane game,” Caitlin Vestal said. “And that list prices basically mean nothing.”

The Vestals made four offers. They were rejected three times. Another time, they walked away because of issues with the home. “We had to really emotionally unhook from every house we made an offer on,” Caitlin Vestal said. “Because it was so depressing to keep getting rejected.”

Finally, they found a home: a three-bedroom, one-bathroom bungalow in North Portland’s Portsmouth neighborhood. The Vestals beat out 28 other offers with their $386,000 bid – 29 percent higher than the list price of $299,000.

They recently closed on the property, but they can’t move in until May. In an increasingly common practice, the deal was contingent on letting the previous owners rent the home, free of charge, for 60 additional days – because in this historically tight market, they were concerned about finding another home of their own.

Matthew Brennan, of the real estate brokerage Redfin, helped the Vestals find their new home in Portsmouth. He has only sold in Oregon since 2013, but in that time, the dynamics of house hunting have changed. Rising home values and low inventory have taken buyers who traditionally would have looked in Portland’s close-in areas and sent them to neighborhoods that may have been traditionally overlooked.

At first, buyers didn’t want to look east of Northeast 57th or Southeast 60th avenues, Brennan said. Then, it was 82nd Avenue. Now, buyers are happy as long as they’re west of Interstate 205. The same thing has happened on the city’s southern fringe.

Neighborhoods like Foster-Powell and Mount Scott are particularly hot these days, according to Brennan. And the trend extends to suburban areas such as Milwaukie – where a new public transit extension opened last year – and Washington County, which will be home to massive expansions of single-family housing in Hillsboro, Beaverton and Tigard in the near future.

Real estate broker Nick Krautter moved to Portland from San Francisco in 2005 and bought his first home for $215,000 in Sellwood.

“It was impossible to get people to come to a party,” Krautter said. “Everyone thought it was so far away.”

Now, the median home value in Sellwood is nearly $460,000, reflecting a 15.7 percent increase in the past year.

Krautter, whose small firm did $40 million in sales last year, advised potential buyers to be ready to pull the trigger quickly if they find a home they like and can afford.

“You can’t wait until the weekend to look at your five favorite houses, because they’ll be sold by then,” Krautter said.

It’s very common for homes to be on the market for less than a week. In Northeast Portland’s Sabin neighborhood, the median number of days on the market for the 71 homes that sold in 2015 was five, according to data provided by Redfin. The $595,000 median sale price there represented a 28 percent increase from the year before, third-highest in the region.

The suburbs are where buyers can get the most for their money, according to a Redfin analysis of neighborhoods that offer the best bargains. Of the 10 biggest bargains in the Portland area, all but one neighborhood was in Washington or Clark counties. (The other one was Wilkes, an area near the border between Portland and Gresham.) Neighborhoods like Bull Mountain, the southeast and northwest sections of Hillsboro and a swath comprising most of Tualatin and Sherwood all ranked below the metro region’s average price per square foot of $177 and are proving popular with buyers.

Redfin also found suburban neighborhoods among those in the metro region with the biggest yearly price increases. In South Beaverton, home values increased by more than 22 percent in 2015, to a median of nearly $385,000.

Renting can be even tougher

The reason the Vestals started to consider buying a home is “sort of hilarious,” Caitlin Vestal said: it was “how crazy the rental market is.”

“We have two dogs, and basically got up here and realized it would be very challenging to rent a house with dogs,” she said.

As tough as Portland’s market is for homebuyers, it might be even worse for renters. The latest biannual report from the rental industry group Multifamily NWfound Portland’s rental vacancy rate was below 3 percent late last year. In close-in east side areas, average units were vacant for less than 12 days.

Rents were rising at an annualized rate of 14 percent, the report found – in some areas of the region, such as Beaverton, prices were increasing twice that fast.

The Portland area also saw more than $2 billion in sales of apartment buildings last year, smashing a record. Many of the new building owners are institutional investors such as pension funds, seeking returns in the form of rent hikes. And some of the new landlords have evicted the existing tenants with hopes of renovating the buildings and flipping them or attracting new tenants who can afford far higher prices.

A Zillow report released earlier this month found that Portland was among the top five “hottest” rental markets in the nation. The Community Alliance of Tenants, an Oregon renters’ rights group, declared a “Renter State of Emergency” last year, prompting the Portland City Council and Oregon Legislature to approve increased renter protections.

“Buying a home is cheaper than renting…as far as the monthly payments,” Brennan said. But buying a home also requires a down payment many can’t afford.

Here’s an example: Krautter recently ran statistics on a desirable area of Southeast Portland between Hawthorne, Powell, 21st and 39th avenues. There were only three homes for sale.

“That’s probably the least amount of homes I’ve ever seen in that area,” Krautter said. The cheapest one was listed at $650,000.

“You’re looking at six figures,” Krautter said of the salary a buyer would need for such a home. “That’s to squeak by and barely afford it.”

Krautter said the most frequent questions he gets from clients are, “Are we in a bubble again?” and, “Is this market sustainable?”

But Krautter doesn’t believe home values are going down anytime soon, as long as inventory remains so low.

“You don’t all of a sudden see prices go down when the market’s this tight,” he said. He thinks “we have a minimum of two years” before prices will stop rising.

Plus, nearly a quarter of home sales in the Portland area in 2015 were all-cash offers, according to the housing research firm RealtyTrac. In those cases, there’s no risk of the buyer defaulting on a loan – and bad loans were a hallmark of last decade’s housing collapse. Increased regulations surrounding mortgage lending have made it tougher to qualify for a loan, as well.

Oregon state economist Josh Lehner doesn’t see price appreciation slowing much in 2016, either. The region is still underbuilding housing relative to the growing population, he said.

“It is increasingly likely that we will not see much improvement in housing affordability until the next recession,” Lehner said. “That is when we know for sure that demand will fall. Population growth will slow considerably, as it always does in recessions, and household formation, as well.”

But right now, Lehner said, “the regional economy is going full throttle.” In January, the state’s unemployment rate hit its lowest level since 2007.

“I just do not see a big enough increase in the housing supply to hold prices down or even slow them considerably,” he said.

Even though the process of finding a home – and paying for it – was stressful, Caitlin Vestal and her husband are “very excited” to move into their new neighborhood, she said. And they really love living in Portland; Caitlin prefers the rain and the temperate climate to Texas’ blistering heat.

Plus, since they navigated Portland’s crazy real estate market for their first home, the Vestals will be well prepared if they ever decide to move.

“I don’t know any other market,” Caitlin said. “So to us, this is the game we’re playing. It’s completely insane, but that’s just how it is. You gotta roll with it.”