Is It OK to Real Estate-Stalk Your Friends and Family? 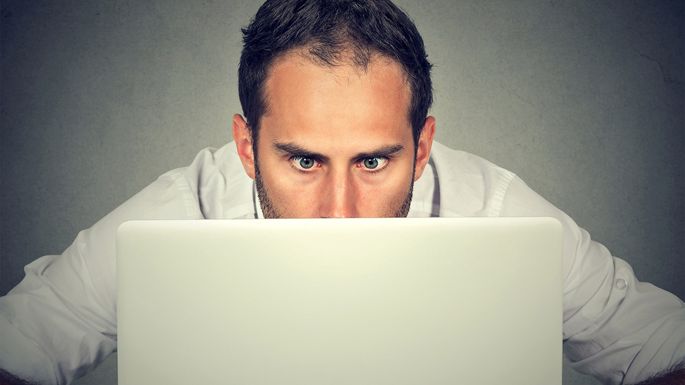 Ever wonder how much some people paid for a house, but were too shy to ask them outright? Then it might be tempting to delve into real estate stalking—the simple and fun practice where you type in their address on a site such as realtor.com® and find out how much their place is worth.

Relax! According to a recent poll of over 500 homeowners by Branded Research on behalf of realtor.com, 52% of respondents confessed that they engage in this innocent form of housing snooping to get the inside track on what’s up with friends or acquaintances.

Most of those snooping are just motivated by simple curiosity—how much someone paid for a property, how much it’s worth currently, even how much is paid in taxes. As self-confessed real estate stalker Anna Davies, a 33-year-old in Jersey City, NJ, tells us, “It’s pure fun. Seeing how much people spent on their house gives you a clue into their net worth. It’s gossipy and it’s definitely something I’ve brought up with other friends: ‘Do you know how much Mary’s parents spent on their new condo?'”

In the past, digging out this info might have involved a trip to the library to search public records. Bor-ing! But today, it’s all just a click or two away. As Davies explains, “The info is so easy to come by.”

And of course, all of this info can be critically important if you’re actually shopping for a home yourself.

“Because I’m looking to buy and I’m  anxious about just how much I’ll be spending, it’s vastly helpful to see benchmarks,” Davies says.

So who’s doing the snooping?

Not surprisingly, this penchant for finding out your friends’ property particulars is more common in certain age groups than others. The sweet spot appears to be people of prime first-time home-buying age: 76% of poll respondents in the 35–44 age bracket admitted they’ve snooped on their friends’ real estate deals.

Meanwhile, respondents aged 25 to 34 weren’t far behind, with 72% admitting to real estate stalking as well.

On the other hand, homeowners aged 65 and up were least likely to engage. Just 25% of folks over 65 have indulged their curiosity about their pals’ properties.

Age wasn’t the only factor, however. Homeowners in the western part of the United States are much more likely to run a Google search on their friends’ homes, with 59% of Westerners fessing up to checking up on their friends’ real estate deals, compared with 55% of those in the Northeast. Midwesterners are the least likely to poke around.

How much do you really need to know?

All of this, of course, is entirely legal. But should you really go out of your way to learn what you’re neighbor paid for his home?

Jodi RR Smith, president of Mannersmith Etiquette Consulting in Boston and author of “The Etiquette Book: A Complete Guide to Modern Manners,” suggests you consider how you’re going to use the information before you indulge.

“We’re all naturally curious,” Smith says. “But just because you can get all this information doesn’t mean you should. You don’t want to be at the next cocktail party and start spouting off what everyone in the room paid for their house.”

Yet if you feel weird skulking around online, you might consider just manning up and asking someone about home prices in their area. If asking exactly how much they paid seems a bit too forward, you might want  ask about price ranges instead—which could save you from knowing too much about your friends.