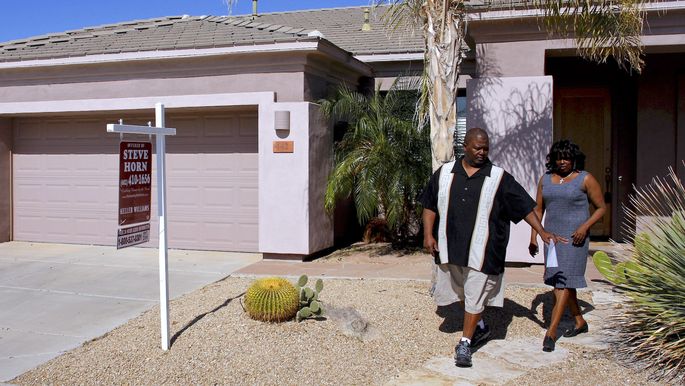 The numbers: Pending-home sales fell 4.7% to 104.6 in January, the National Association of Realtors said Wednesday. That’s the lowest reading since October 2014, and the biggest monthly decline since 2010, as the recovery was just getting started.

What happened: The NAR’s index of pending-home sales, which tracks real-estate transactions in which a contract has been signed, but the transaction hasn’t closed, had been grinding slowly higher. But December’s reading was revised down, and the index is now 3.8% below year-ago levels.

The Econoday consensus was for a 0.3% increase.

The big picture: NAR called the lack of housing market inventory a “crisis” when it reported on existing-home sales in January. Realtors are seeing lots of traffic, the industry group said, even as the number of available listings at the end of January was at an all-time low for the month and 9.5% lower than a year ago, a number it called “startling.”

Contract signings precede sales by about 45 to 60 days, so the January figures don’t bode well for February sales data, nor the overall economy. Sales throughout 2017 were only 1.1% higher than in 2016, and the Realtors expect the recent tax-law changes to take a bite out of sales in 2018.