Read this before getting a reverse mortgage 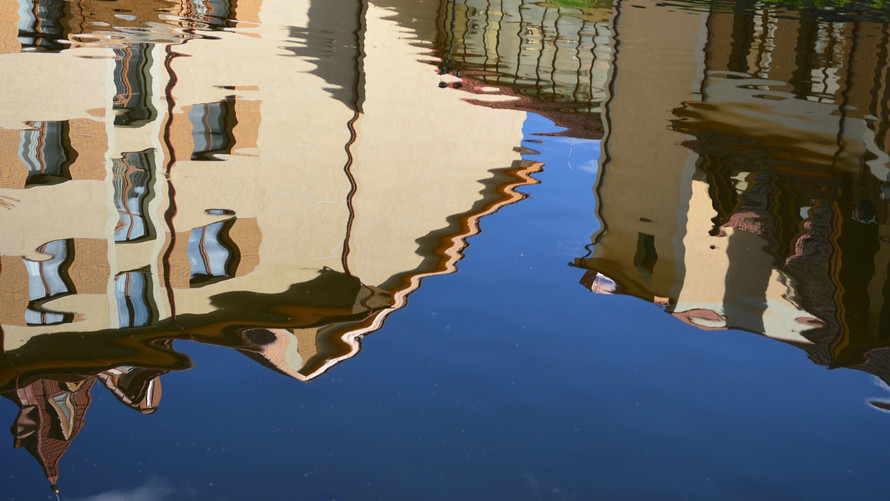 Seniors need to get a clearer picture of the pros and cons of getting a reverse mortgage on their home before taking the plunge.

A reverse mortgage can be a powerful financial tool in retirement, but consumers should learn about recent changes to the loan program before considering getting one.

Also known as Home Equity Conversion Mortgages, reverse mortgages are loans available to homeowners who are 62 years old or older that allow them to tap the equity in their home. The loans are originated by private lenders and insured by the Federal Housing Administration, a part of the federal Department of Housing and Urban Development.

Additionally, the home must be the borrower’s primary residence. The loan is typically repaid with the proceeds of the home’s sale after the owner moves or dies.

HUD announced on Tuesday that it will makes changes to the reverse-mortgage program to reduce the risk the program presents to the government and taxpayers, The Wall Street Journal reported. The FHA covers the losses on these loans through a fund that is mainly fueled by the premiums paid on traditional FHA mortgages. All told, the fund has covered nearly $12 billion on reverse-mortgage-related losses since 2009, the Journal said. HUD officials told the Washington Post that reverse mortgage loans are always projected to lose money.

Some applauded the changes as a sign that HUD wants to continue investing in the program under the Trump administration. “This is a statement that the program is important,” said David Stevens, president and CEO of the Mortgage Bankers Association. “For certain seniors, it’s their only option.”

Among the changes that will go into effect on Oct. 2 is a reduction in the full amount that can be borrowed. At current interest rates, the average borrower will only be able to take out up to 58% of the home’s value, down from 64% previously. How much they can get depends on a number of factors including the value of the home, current interest rates and their age — older people can take out a larger percentage.

Additionally, HUD has changed the mortgage insurance premium structure for reverse mortgages. Starting Oct. 2, borrowers will have to pay an insurance fee equal to 2% of the home’s value upfront and 0.5% per year for the duration of the loan. Currently, borrowers need only pay 0.5% upfront, but ongoing premiums can be as high as 2.5% annually for the remainder of the loan. “Most of the changes will be relatively unnoticed by the borrowers,” said Peter Bell, president and CEO of the National Reverse Mortgage Lenders Association, a trade organization for the reverse mortgage industry.

Among those who may see the biggest effect from these changes are consumers who plan to take out the full amount possible at the start (as opposed to those who treat the mortgage more as a line of credit.) “That’s a rare occurrence with the exception of people using the HECM for purchase,” Bell said. “They’re going to have to come up with more cash because the HECM will give them 10-20% less cash.”

Other approaches to reverse mortgages could also become more costly. For instance, some seniors will take out a reverse mortgage to finance home repairs with plans to sell their house and downsize. For these folks, the higher upfront insurance fees could be cost-prohibitive. However, others could actually see the cost of mortgage insurance go down if they have one in the longer term, Bell said.

What are the benefits of a reverse mortgage?

The clearest benefit of a reverse mortgage is that it opens up access to a liquid source of funds without necessitating monthly repayments, as is the case with traditional mortgage products. Consequently, it can be a better option for individuals living on a fixed income. In fact, 60% of reverse-mortgage borrowers used their loan to pay off a traditional forward mortgage completely, according to research by Donald Haurin, professor emeritus at the Ohio State University, and Stephanie Moulton, an associate professor with the Ohio State University.

There are other benefits to these loans when compared with more traditional mortgage products, though. “If originated as a line of credit, the borrower has a source of liquid funds to draw from in future emergencies that cannot be reduced by the lender if there is a shock to income or credit” as compared with a home equity line of credit, Haurin and Moulton said in an email.

Additionally, because of more relaxed underwriting standards relative to a traditional mortgage, it can be easier for consumers to qualify for a reverse mortgage, Stevens said.

Another one of the biggest benefits is the freedom seniors have to use the proceeds from a reverse mortgage. Originally devised to help pay for health care costs, money earned through a reverse mortgage can now be used for any purpose.

What are the drawbacks of a reverse mortgage?

The most obvious downside — at least for consumers in the process of getting one — is that they can be more expensive than conventional mortgages due to higher fees and third-party closing costs such as appraisal- and title search-related expenses.

These costs, combined with the changes instituted by HUD, could prevent some consumers from even accessing reverse mortgages, said Odette Williamson, a staff attorney at the National Consumer Law Center. “For low-income folks who may not have a lot of equity in their property, some of these changes make it less likely they will be able to qualify on the front end for a reverse mortgage,” Williamson said. “We believe that HUD has to go back and look holistically at the program and the changes that could be made that would be more protective for consumers.”

Many reverse-mortgage borrowers “who end up in default on their property taxes and insurance were actually in default prior to getting the reverse mortgage.”

Though it’s sometimes overlooked by consumers considering a reverse mortgage, these borrowers must continue to pay for their home’s utilities, taxes and insurance. Consequently, overspending is a major risk. If a senior spends their home equity too quickly and falls behind on these payments, they could face foreclosure if the house does not have enough equity available to cover these costs.

A HUD report from last fall indicated that roughly 90,000 reverse loans were 12 months behind or more on tax and insurance payments, according to the Washington Post. Of course, it is not the reverse mortgage itself that causes these defaults. “People run out of money and lose their home because they can’t afford the costs of home ownership,” Bell said. “If anything, [a reverse mortgage] extends how long people stay in their home.”

Moulton and Haurin also noted that their research has found that many reverse-mortgage borrowers “who end up in default on their property taxes and insurance were actually in default prior to getting the reverse mortgage,” they said.

Other issues with reverse mortgages come when a borrower dies or decides to move. At that point they or their heirs are responsible for repaying the loan and the interest accrued. Selling the home can cover this cost, but that could mean losing the family home for future generations. Alternately, if the borrower dies, a reverse mortgage could shrink the inheritance their loved ones receive.

To a large extent though, common criticisms of reverse mortgages are in reality criticisms of these loans’ lenders and servicers. Reverse mortgages have garnered a bad rap in part because of aggressive marketing practices by some lenders that have drawn the scrutiny of the Consumer Financial Protection Bureau among others. “I am concerned about how some members of the financial services industry market it,” Stevens, who is also a former FHA commissioner, said. “They make it seem like apple pie, and I worry about the level of disclosure that goes on with seniors when they’re going into the reverse mortgage program.”

Williamson suggested that stronger protections for homeowners at risk of foreclosure would improve the program. And servicers need to improve communication with borrowers, she said. For instance, other recent changes to the program allowed surviving spouses to defer loan payments in cases where only one person (the deceased) was named on the reverse mortgage — but few people know about it, Williamson said.

“There’s been a lot of litigation and thought into that policy, but we are finding that realistically that not a lot of surviving spouses know about the program” and taking advantage of it, Williamson said.

“Don’t just use the flashy TV ad as your sole determinant.”

-David Stevens, president and CEO of the Mortgage Bankers Association

What should homeowners do?

Ultimately, the value of a reverse mortgage depends on the research a borrower does in advance.

The right strategy can ensure that one’s estate is not reduced because of a reverse mortgage, said Tom Davison, a retired wealth manager from Columbus, Ohio. For instance, a retiree in an unfavorable stock market might be better off taking out a reverse mortgage to pay for their living expenses and leaving their investment portfolio untouched until the market recovers, Davison said. “Taking $10,000 out of an investment portfolio when it’s down removes a larger percentage of the portfolio than when it is up — avoiding this can make a lot of difference on the portfolio size,” he said.

Some seniors may feel pressure to get a reverse mortgage because they can no longer afford their lifestyle, but this is a potentially misguided approach. “If you have no other options out there and are going broke, I would respectfully say you should probably sell your house,” said David Demming, managing partner of Demming Financial Services Corp., a family-owned financial planning firm in Aurora, Ohio.

Finally, prospective borrowers should compare the terms of a reverse mortgage against more traditional options such as a home equity line of credit. On this point, it is especially important to consult with loved ones who may have to handle the reverse loan repayment when a borrower dies. It could ultimately be beneficial to take out a traditional home equity loan and have a child assist with payments if in the longer run that ensures they will have a larger inheritance and fewer burdens.

“This has a lot to do with an individual’s scenario,” Stevens said. “They should explore all options. Don’t just use the flashy TV ad as your sole determinant.”