Remodeling Your Kitchen? The Most Popular Appliances, Finishes, and Flooring

A lack of homes on the market coupled with soaring real estate prices is leading more homeowners to make the most of their current abodes, particularly the kitchens. And why not? It’s often less stressful, and sometimes even more cost-effective, than getting baited into a bidding war over one of the few good properties for sale. 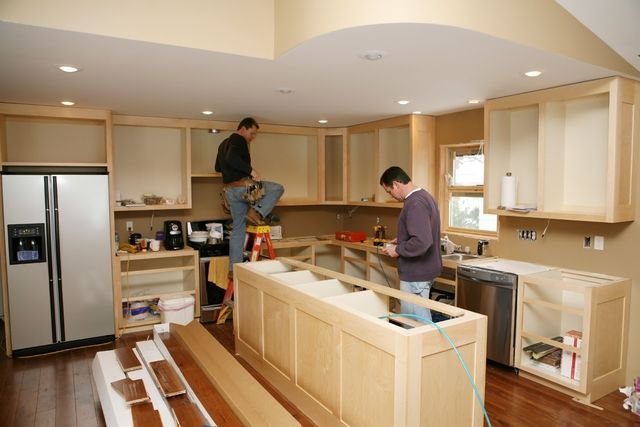 Homeowners generally wanted new flooring, countertops, cabinets, sinks, and faucets, according to the report. New appliances were also high on the lists of homeowners whose kitchens underwent a complete remodel.

“More homeowners are incorporating smart technology using the Amazon Echo or Google Home to connect to their appliances for cost savings, energy efficiency, and convenience,” says Elle H-Millard, who specializes in kitchen and bathroom trends at the association.

How much homeowners are spending to remodel

However, homeowners weren’t exactly breaking the bank in their quest to turn their humdrum kitchens into culinary showpieces.

So what were they spending all that money on?

The breakdown: Most popular new appliances

Nearly 80% of homeowners undergoing a full kitchen renovation opted for new appliances, according to the report. The most common were refrigerators, at 85%, followed by range ovens, at 74%, and those relationship-saving dishwashers, at 69%.

That makes sense as appliances that used to serve a single function go high-tech, H-Millard says.

“You can now use your phone to identify what’s inside of your refrigerator,” she says. This way you know whether it’s time to swing by the grocery store after yoga to pick up a gallon of milk. “If you’re at work and you want to preheat your oven, you can do that now.”

The features homeowners have to have

It wasn’t just new appliances that homeowners wanted. When it came to kitchen countertops, granite remained the most popular type, followed by laminate, at 23%, and marble, at 19%.

“I’m surprised consumers are still really fascinated with granite,” says H-Millard. More opted for pretty quartz and marble countertops, but the materials aren’t quite as durable as classic granite, she says. This might help to explain granite’s staying power.

Most homeowners were still a fan of wood flooring—even if they didn’t end up splurging on real hardwood during their kitchen renovations.

Laminate flooring, at 32%, and ceramic and stone tiles, at 31%, both often designed to look like wood, were neck and neck for most popular materials underfoot, followed by actual wood, at 18%.

Another popular kitchen renovation were new sinks. Stainless steel reigned supreme, at 72%, while only about 9% of homeowners opted for enameled cast iron sinks.

New lighting wasn’t as in demand as the other categories above, but H-Millard is seeing more homeowners reconsider how their residences are illuminated. Many are opting for LED bulbs and even OLED bulbs, the latter of which are a softer form of lighting.

“Lighting is becoming a big trend,” she says. “LED is very, very hot.”