Suburbia Is Here to Stay, According to New Urban Land Institute Report 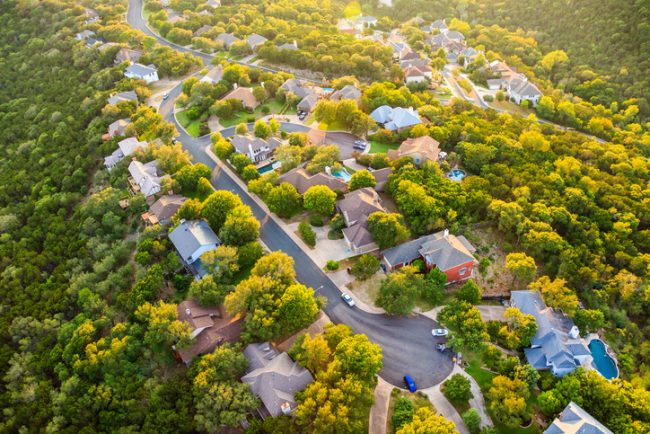 Great news for suburban real estate agents: Although America’s urban landscapes continue to grow and millennials prefer walkable neighborhoods, suburbia is predicted to maintain its popularity. According to a new publication from the Urban Land Institute (ULI), suburban marketplaces are still expanding, and will continue to do so.

The report, Housing in the Evolving American Suburb, examines suburbs in the 50 largest metros in the U.S., compiling key development trends in order to predict what the future of America’s suburbia will be.

“What’s happening in America’s urban places is very exciting and important, but this report pulls back the lens and presents a much broader view and a better framework for understanding where people actually live in this country,” said Adam Ducker, managing director at RCLCO, the company that developed the analytic framework of the report. “The suburbs have evolved far beyond the monolithic bedroom community of our imagination, and this report is the first to deal with them fully, and on their own terms, in a long time.”

Below are some of the report’s most interesting findings:

More diverse than you think. While many believe the suburbs to be mostly white washed, the ULI report shows that overall, suburbs in the U.S. are quite diverse; seventy-six percent of the minority population lives in the suburbs.

Suburbia rules overall. Although cities jam-pack thousands into a smaller amount of square footage, in America’s 50 largest metros, suburbs account for 79 percent of the population and 78 percent of the households.

The young love the ‘burbs. While it’s a widespread belief that millennials want to stomp around in cities,  75 percent of young adults between 25 and 35 are actually settling in the suburbs.

Suburbia is growing. Over the past 15 years, from 2000 to 2015, suburbia accounted for 91 percent of the population growth and 84 percent of the household growth in the top 50 metros.

The jobs are better. This was perhaps the biggest shocker, as you might think a city environment would offer more room for employment growth. The ULI report shows that as of 2014, 67.5 percent of the employment in the 50 largest metros was in suburbs. Additionally, between 2010 and 2014, jobs increased by 9 percent in suburbs versus 6 percent in urban areas. And it’s not just more jobs, but higher paying ones, too. The median household income in the suburbs is $71,000. In urban areas, the median is $49,200.