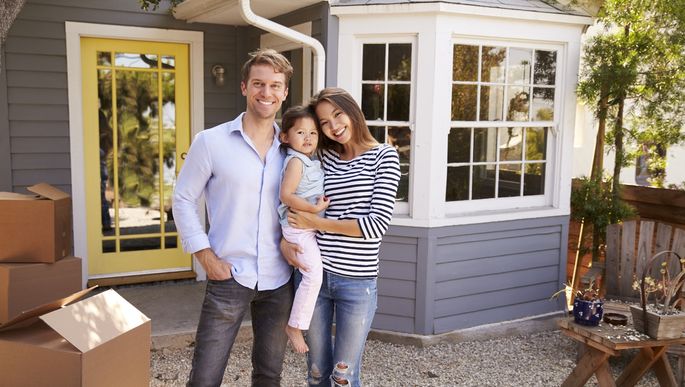 With soaring rental prices, extremely low mortgage rates, and a stronger economy, it seems that just about everyone wants to buy a home these days. But high home prices are keeping many aspiring homeowners, as well as would-be sellers (who need a new home to move into) out of the market.

So who is buying and selling these days?

It turns out the typical buyer and seller both are getting older—and buyers need to make more money to be able to afford a home of their own, according to the 2017 Profile of Home Buyers and Sellers by the National Association of Realtors®. The report is based on a 131-question survey filled out by nearly 8,000 recent home buyers.

“Prices are going up,” says Chief Economist Danielle Hale of realtor.com®. “So in order to get into the housing market, buyers need to have more income to afford the same type of properties.”

Who is the typical home buyer these days?

Home buyers come in all shapes and sizes, but the typical one is about 45 years old. That’s up considerably since 1981, the inaugural year of the report, when the median age was just 31.

Most buyers preferred the suburbs and more rural areas, at 85%, compared with urban areas, which is where just 13% of folks bought homes. And the vast majority, 83%, also preferred a stand-alone, single-family house, the kind that typically has a lawn out back.

The suburbs reigned supreme because that’s where many of the available homes with the desired features are, says Hale.

“Properties tend to be a bit more affordable than in urban areas,” Hale says. “You’ll get much more space in the suburbs for your money than you will in an urban area, and the schools do tend to be better as well.”

Calling all the single ladies

In another indication of just how much things can change in 36 years, about 18% of home sales were made by single women. That’s up from 17% last year and just 11% in 1981. And while it’s still well below the 65% of sales that married couples scooped up, it’s ahead of the 7% of sales that unmarried men made. An additional 8% of closings were made by unmarried couples.

There are more single women today than there have been historically, says Jessica Lautz, NAR’s managing director of survey research and communications. She points to how folks are marrying later in life, or not at all. Or, some may have been married before and become widowed or divorced.

In addition, single women buy homes that cost just a little bit more than single men: a median $185,000 versus $175,000 for the men. And that’s despite often making less than their male counterparts.

Fewer first-time buyers are getting in on the action

High student debt, coupled with rising home prices, kept many first-time buyers out of the market. These real estate virgins made up only about 34% of home sales, according to the report. That’s slightly down from 35% last year and the long-term average of 39%.

Those who were able to buy a home were a median age of 32.

“Right around turning 30 is still a significant milestone in many people’s lives,” says Hale. “That’s why we tend to see a lot of first-time buyers.”

“The dreams of many aspiring first-time buyers were unfortunately dimmed over the past year by persistent inventory shortages,” NAR’s Chief Economist Lawrence Yun said in a statement. “Multiple offers were a common occurrence, investors paying in cash had the upper hand, and prices kept climbing, which yanked homeownership out of reach for countless would-be buyers.”

Big student loan bills due every month also make it harder for many of these younger folks to save up for a down payment. And it could affect their debt-to-income ratios, which lenders look at before issuing mortgages.

“An overwhelming majority of millennials with student debt believe it’s delaying their ability to buy a home, and typically for seven years,” Yun said in a statement. “Even in markets with a plethora of job opportunities and higher pay, steep rents and home prices make it extremely difficult to put savings aside for a down payment.”

What kinds of homes are buyers snagging?

Buyers overwhelmingly opted for existing homes (ones that had previously been lived in), at about 85%, compared with just 15% who closed on brand-new abodes, according to the report. That’s likely because there are fewer newly built homes on the market as well as the newer homes tending to cost significantly more.

They shelled out a median $235,000 on their homes, which were a median 1,870 square feet. The typical home was built in 1991 and had three bedrooms and two bathrooms.

And they’re not moving far away. Usually buyers moved only about 15 miles from their previous home.

They typical home seller in 2017 was much older than the typical buyer, at about 55 years old. Their household incomes were also higher, at about $103,300 a year.

“The age of sellers and repeat buyers continues to increase,” says NAR’s Lautz. That’s because many baby boomers are purchasing retirement homes later in life.

The top reasons for selling were a residence that was too small, the desire to be close to family and friends, and the need to relocate for work.

Sellers usually stayed about 10 years in their homes before putting them on the market. Their properties stayed on the market for a median of three weeks, compared with four weeks last year.

And, in a boon for sellers, they sold their homes for a median $47,500 more than what they originally paid for them, and got about 99% of their final listing price.